Imagine a city bus rolling down the street with nobody behind the wheel. Or hopping onto a Greyhound during your travels without a driver. It sounds like a futuristic scenario, but a driverless reality isn’t too far off from where we are now. China launched the world’s first self-driving bus in August 2015. The bus … END_OF_DOCUMENT_TOKEN_TO_BE_REPLACED 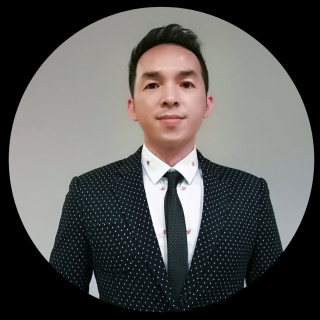 ● CEO and Founder of Karoomba Asia ● Member of Chinese Association for Artificial Intelligence (CAAI) Along my career can't only be about me, Really Appreciate to all my friends, colleagues, or clients who give me all the leads, advices, or supports anyone could want. 20 years of experienced executive with profound knowledge in Team management, Mobile Internet, Gaming, AI, Entertainment and TMT Investment in China. What Yue Sai Kan says about Ricky: got to know Ricky from his early days at Emphasis. I found him to be consistently pleasant, efficient and have the most positive attitude, tackling all assignments with dedication and a smile. Ricky is a take-charge person who is able to present creative ideas and communicate the benefits. I met him through his boss and noted that he has successfully developed many advertising co-operations with clients that have resulted in increased revenue and satisfied clients.I know that his boss was very pleased with his work. Ricky is a team player and has a network of very good friends. On a personal note, I have found him to be kind, generous and thoughtful. You ask him for help? This young will really try to knock himself out for you. That is a very rare quality indeed. The other thing about him is that he is ambitious. I like ambitious, driven and hardworking young men who are dedicated and focused. I think Ricky is a good asset to any organization or Partner. Note: Yue-Sai Kan is an Emmy-Winning television host and producer, successful entrepreneur, fashion icon, bestselling author and humanitarian. People magazine called her "THE Most Famous Woman in China” and Time magazine proclaimed her "The QUEEN of the Middle Kingdom." In 1992, Yue-Sai created the Yue-Sai Cosmetics brand which grew into China’s leading Cosmetics Company Acquired by L'Oreal in 2004. Since 2011, Yue-Sai has served as the National Director of Ms Universe China created by the 45th President of the United States of America - Donald Trump